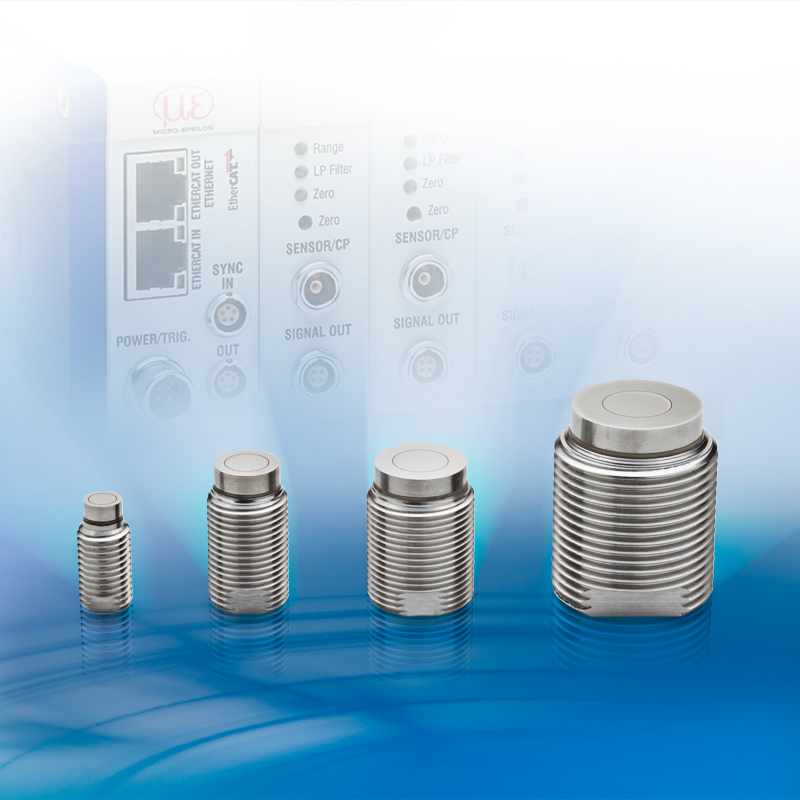 Capacitive sensors from Micro-Epsilon are now available with a thread. For measurement tasks where the standard sensors cannot be clamped, non-contact displacement, distance and position measurements can be easily carried out using the new threaded sensors.

They are specially designed for machine building applications where the sensors must be mounted at a defined distance e.g. on walls, in bore holes or even very deep drill holes. Capacitive thread sensors can also be mounted on thin walls using two lock nuts on both the inside and outside.

capaNCDT sensors stand out due to their long-term stability, reliability and temperature stability. Furthermore, they offer other advantages such as extremely high reliability and stable measurements in the high precision nanometer range. Due to their innovative technology, they can also be applied in harsh industrial environments, as well as being suitable for clean room and ultra-high vacuum applications.