Powerful 3D complete solution based on one software for all 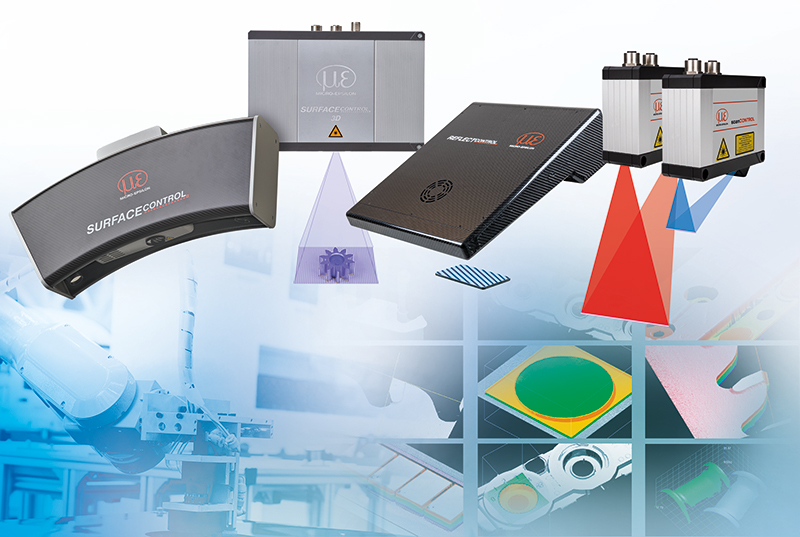 The new surfaceCONTROL, reflectCONTROL and scanCONTROL generations from Micro-Epsilon represent a powerful 3D range of products for precise geometry, shape and surface inspections. A huge advantage lies in the powerful 3DInspect software which is compatible with all 3D sensors from Micro-Epsilon and bring numerous features.

The 3DInspect software is included with every 3D sensor from Micro-Epsilon. It is user-friendly and can be controlled intuitively. The software enables the parameter setting of the sensors, but also the acquisition of the measurement data. The tools palette is manifold and ranges from the alignment of point clouds via calculation programs for distance, height, angle and radius as well as easy output to the PLC and subsequent further processing of the measured data. In addition to the standard version, the »Automation« function extension supports automated production processes.

The comprehensive 3D software package from Micro-Epsilon is also compatible with the surfaceCONTROL 3D sensors. These are used for fast 3D measurements and inspection of diffusely reflecting surfaces such as metals, plastics or ceramics. With a z-axis repeatability of up to 0.4 µm, the sensor sets new standards in high precision 3D metrology.

The reflectCONTROL sensor is designed for 3D measurements on shiny and glossy surfaces. The sensor is suitable for stationary use in micrometer-accurate measurements when monitoring the production line, or for inline inspection on a robot. A fringe pattern is generated on the sensor display, which is mirrored across the surface of the target into the sensor's cameras. Deviations on the surface cause distortions of this striped pattern, which are evaluated by the software.

scanCONTROL laser scanners are among the most powerful profile sensors worldwide in terms of their accuracy and measuring rate. In order to generate 3D scans the sensors must move. Either a robot or traversing system moves the scanners over the measuring object, or the measuring objects are guided past the scanner on a conveyor belt. Micro-Epsilon's laser scanners offer a unique combination of high dynamism, precision and compactness. Numerous measuring ranges are available as well as Red and Blue Laser Technologies including comprehensive accessories. The scanners are convincing for both system integrators and for series use in the production line.