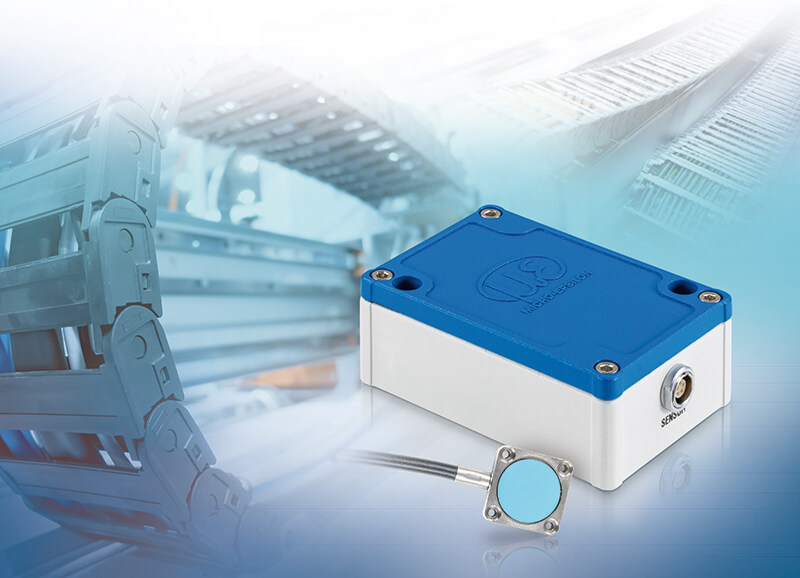 The capaNCDT DT61x4 is an active, capacitive system for displacement, distance and position measurements in industrial applications. It includes an active sensor and integrated preamplifier and enables long cable connections up to 15m.

Another innovative product in the capacitive sensor range is the capaNCDT 61x4 capacitive measuring system from Micro-Epsilon which is used for industrial measurements of displacement, distance and position. Unlike conventional capacitive sensors, the preamplifier is directly integrated in the new active capaNCDT sensors. This means that changes in the capacitance in the cable have hardly any effect on the measurement signal. This offers advantages in terms of freedom of movement and enables cable routing with drag chains and on robot arms. In addition, cable lengths up to 15 m are possible.

The active flat sensor is designed with a ceramic sensor element and impresses with its compact and robust design. The sensor is used in machine building, robot production and semiconductor manufacturing. The capaNCDT 61x4 is factory-calibrated according to the desired cable length which optimizes the signal quality. Therefore, the sensor system is immediately ready for use. The measured data is output via the RS485 interface or an analog output.